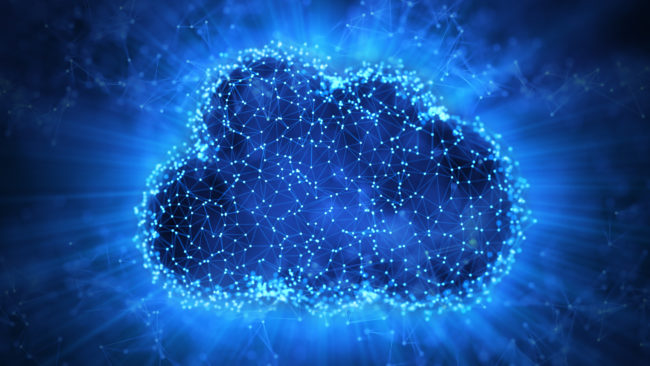 When thinking about technology, the Internet of Things (IoT), artificial intelligence, 3D printing, augmented reality, and so on, it is sometimes easy to overlook the importance of cloud computing as the foundation.

Cloud computing after all, has been with us for some time – at least in terms of technology timelines. It’s a mature technology that has long passed the apex of the hype curve. It is however useful to keep in mind that for organisations of the ground that are engaged with digital transformation, the intelligent cloud is critical to making it all happen. The decision on how and when to shift to the cloud and the right deployment model, is a momentous one for companies globally.

One of the most significant concerns about cloud adoption remains security. However, the fact is that a few organisations do security better than cloud service providers. Their business model depends on it, and that reality overcomes any last qualms.

If you’re a cloud service provider, keeping customers loyal hangs on security excellence. In addition, many companies running on-premises are nevertheless networked and connected to the internet. This means that they are not necessarily immune to malicious actors. While security can never be 100% guaranteed, cloud service providers clearly have the edge in terms of experience and expertise.

The reward is agility

As CFOs help their companies run the risks and rewards of cloud computing, the reward side of the equation is hard to resist.

Cloud supports tremendous strategic agility – the ability to seize new opportunities faster at a lower cost and risk. It’s much easier to experiment with new ideas with the cloud. It allows for flexibility to constantly change. In a global economy where new competitors can enter established markets with greater ease than ever, agility is the one skill organisations need above all else. Customers are using the cloud not only to drive transformation, but also to pay for it.

Author, Tony Klimas notes that customers want to tackle their digital transformations in bursts. He says they are initiating small, targeted projects using specific technologies with quick and measurable ROI, and the only way to do this is with a cloud platform predicated on a cloud computing strategy.

With the cloud, organisations are able to stand up new projects in a fraction of the time. With an intelligent cloud platform, developers have access to cloud-ready technologies that can be deployed rapidly for targeted areas of improvement capable to returning value in the short term. In a space of 2 years for example, customers will find themselves in a very different place. They will have a lot of expertise using technologies such as machine learning and IoT. Furthermore, they will be more comfortable to push further using the cloud, notes Klimas.

Finance is more relevant than ever

As the transition to cloud continues apace, financial stewardship is always part of the equation for CFOs. What they like is that the subscription or usage-based model for cloud computing helps liberate finance from large capital outlays in favour of smaller, predictable, more regular operational expenses. This amortises the cost of doing business, which frees up the power of capital for more profitable pursuits.

Finance plays a critical role in enabling access to low-cost innovation. In the on-premises model, for example, new innovations for critical systems (ERP, customer management, supply chain management, etc.) are typically managed by lines of business with support from IT. In the cloud model, innovations are implemented by the service provider, which can also provide regular automatic updates, if teams prefer. This accelerates time to value without business disruption.

Co-author, Joel Bernstein says: “Ultimately, companies are recognising that the ownership model for the cloud is simply much more favourable, and in fact, see evidence in several successful cloud-only applications like BlackLine and Success Factors”. He notes that this is particularly true for small to mid-sized organisations where the public cloud option is especially attractive because of its affordability and flexibility. For larger organisations, it is more common that private cloud solutions are increasingly preferable. Once the sense that the cloud model is more comparable or even more superior to on-premises when it comes to security is felt, that’s when the case for low cost of ownership and access to rapid innovation takes over, expressed Bernstein.