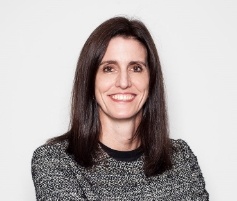 We have committed to tightening the ropes on Governance and Control to ensure that ethical practises are fully adhered to as well as to ensure the sustainability of our organisation for years to come.

With stricter policies and procedures now in place, we has suspended payments and backlisted 50 enterprise development business partners that have been implicated in suspect payments in an effort towards clearing the clutter within our business.

We’ve undoubtedly felt the effect of the reputational risk and after losing a major contract with Microsoft. There has been a bit of a slowdown from a revenue and contracting perspective – BUT we are putting a lot of hard work into going and speaking to our customers, explaining what we’re doing as well as what kind of processes we’re putting in place. The support we’ve been getting from corporate South Africa has been remarkably encouraging. Following the ENS report in July, we’ve had a lot of customers who had previously blacklisted us, retract this.

Cleaning up the mess

Realising that the root cause of it all has been little to no governance in our organisation, we have since tightened the ropes on this aspect of the business by bringing in a dedicated Group Risk Officer, Fatima Newman, as an additional line of defence to avoid future corruption. In addition to this, we have welcomed internal auditors into our business. We have also sharpened the lines of accountability with the launch of iOCO under our brand in an effort to consolidate our different businesses.

Speaking more to ensuring that similar misfortunes don’t occur in future, we have since dismissed the implicated employees while a few of them handed in their resignations willingly towards the beginning of the year. There have been criminal charges laid against these rotten apples and a criminal process is to follow that involves court proceedings and the like.