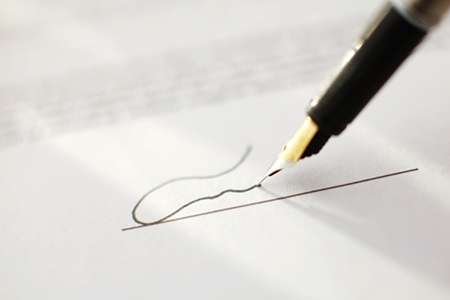 This announcement serves to provide an update on the legacy contracts and clarity on recent media articles.

30 April 2021, Johannesburg, South Africa: EOH, one of the largest technology services companies in Africa, has recently appeared in the media around issues pertaining to the Microsoft licence sales (Department of Defence [DoD]), and the City of Johannesburg (the City) contracts. In addition, EOH has been pulled into a dispute between AYO and certain financial institutions.

Stephen van Coller, EOH Group Chief Executive Officer, said, “The recent heightened media activity that EOH has encountered over the last few weeks, is largely as a result of EOH’s transformation strategy which has been systematically and regularly reported to all stakeholders. In our quest to become an ethically sound and sustainable business, EOH has had to review and re-evaluate certain historical contracts (Legacy Contracts). This process has resulted in EOH having to terminate and/or regularise certain contracts and business relationships. These decisions have not been taken lightly but have been necessary both in the context of our obligations as a listed entity and in balancing the interests of all stakeholders. As can be expected some stakeholders may be adversely affected by these decisions and the resulting actions. These steps have however been required in order to rectify and safeguard against the type of legacy irregularities that EOH previously experienced."

“Over the past two years, EOH’s new management team and new board of directors have worked tirelessly to enhance governance practices and root out corruption to successfully restore the Group’s reputation. EOH continues to deal with its customers, partners and banks transparently and ethically.”

The Legacy Contracts that are currently attracting media scrutiny are highlighted below:

EOH released a SENS announcement on 23rd April 2021 which provided clarity on the factual events that led up to the signature of the Acknowledgement of Debt (AoD) which was referenced in the SIU media statement.

Before being contacted by the SIU, regarding the specific irregularities at the Department of Defence (DoD), we had already reported our concerns regarding that matter to National Treasury, the Hawks through their Directorate for Priority Crime Investigations (DPCI) Unit and the Financial Intelligence Centre (FIC).

EOH entered into an AoD with the SIU at the end of September 2020. Since then EOH has already made multiple payments in terms of the AoD, beginning in October 2020.

EOH received open letters addressed to the EOH board and leadership team (also published in the media), as sent by the employees who were employed to render services in relation to a 12-month fixed-term Support Services Agreement (SSA) concluded between EOH Mthombo (Pty) Ltd and the City that expires at the end of April 2021.

EOH has been rendering SAP support services to the City since 2012.

The original agreement was for three years’ worth of support services with the City. The initial contract came to an end in 2015. This work has been extended multiple times over the years, the latest of which (and the resultant conclusion of the Support Services Agreement) took place with effect from 1 May 2020, in accordance with Regulation 36 of the Municipal Finance Management Act (MFMA) Supply Chain Management Regulations.

When the service was renewed with a new contract in April 2020, EOH notified the City, at that same time, that they needed to re-tender the services in terms of the relevant MFMA regulations.

In February 2021, EOH, in an additional attempt to clarify the way forward, sent a written communication to the City, reminding them of the pending expiry of the contract.

EOH’s early notification to the City was also aimed at providing the affected employees with a fair opportunity to seek alternative employment if that was their preference. EOH has followed the stipulated section 189 process in accordance with the relevant legislation as part of the contract termination process. This process has now been completed and EOH has complied with all its statutory and other legal obligations relating to the employees.

It is important to note that the EOH employees involved in this matter are part of the initial contracted support project for the City. EOH has no ability to determine the City tender process, but in an effort to assist the employees EOH has engaged the City regarding the urgency required for timeous resolution of the matter. Furthermore, the City has initiated a closed tender process in which EOH is not a participant.

EOH has provided a written response to the employees’ open letter and, in the interests of absolute transparency, has also held regular meetings with representatives of the employees to ensure that they were consistently appraised of the status quo.

EOH deeply empathises with the employees’ current position and will continue to assist with the transition in compliance with all contractual and labour regulations.

In addition, EOH and the City had a contract for the implementation and upgrade of the City’s SAP ERP system (the ERP Agreement), which was terminated at the beginning of 2021.  EOH is currently in the process of executing its post termination obligations and the City and EOH are in the process of agreeing an exit plan. In November 2020, EOH presented the City with various options – some of which are still being explored with the City to find a mutually agreeable solution.

EOH has noted the recent media report that Transform RSA and several other entities have laid criminal charges of corruption and money laundering against FNB and FirstRand Bank due to the bank providing services to EOH.

EOH confirms that it has been completely transparent with all the banks and has further co-operated with the authorities, including the Judicial Commission of Enquiry, whilst also laying criminal charges against the perpetrators of wrongdoing who are no longer employed by the Group.

Van Coller concluded, “As a group we remain absolutely committed to good corporate citizenship and governance while maintaining a zero-tolerance approach towards corruption. It is in line with this commitment that EOH provided input to the Judicial Commission of Enquiry regarding identified irregularities. It is also in line with this commitment that EOH reported concerns to the DPCI and the FIC, prior to the Group being approached by the SIU, and further initiated action in order to recover losses caused by perpetrators of wrongdoing. EOH today is premised on transparent, ethical business practices. Through our actions over the past two years we have shown the strength of that commitment, and that we will continue to follow the highest standards of governance, risk and compliance."

EOH is one of the largest technology services companies in Africa and has a wide range of solutions in Industry Consulting, IT Services, Software, Industrial Technologies and Business Process Outsourcing. The Group continues to be an undisputed market leader in its core ICT businesses which operates principally under the iOCO brand name. The nature of this business is systemic to both the public and private sector and is an integral technology partner for a number of South Africa’s leading JSE-listed, blue-chip companies as well as key metros and government departments. It’s other business, NEXTEC collaborates with world-leading technology providers to design, implement and manage intelligent value-adding infrastructure and people solutions that make a positive and lasting impact.

The Group’s 7000 employees deliver services to over 5000 enterprise customers across all major industries throughout South Africa, Africa, Europe and the Middle East. As a proudly South African business, EOH is committed to sustainable transformation, making a positive, meaningful contribution to society, and is a Level 1 Broad-based Black Economic Empowerment (‘B-BBEE’) contributor.