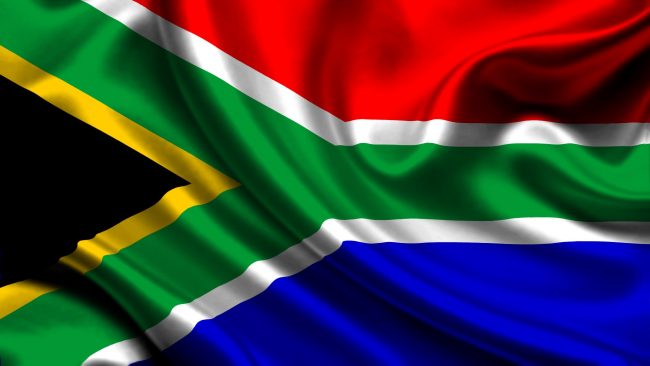 President Cyril Ramaphosa delivered his much-anticipated fourth State of the Nation Address on Thursday night. His delivery came in the midst of sluggish economic growth, ailing state-owned enterprises, heightened unemployment as well as the nightmare that is the incessant load shedding that South Africans are subjected to. Below are seven key takeaways of the SONA, courtesy of PowerFM:

A Section 34 Ministerial Determination will be issued shortly to give effect to the Integrated Resource Plan 2019, enabling the development of additional grid capacity from renewable energy, natural gas, hydropower, battery storage and coal.

§ We will initiate the procurement of emergency power from projects that can deliver electricity into the grid within 3 to 12 months from approval.

§ The National Energy Regulator will continue to register small scale distributed generation for own use of under 1 MW, for which no licence is required.

§ The National Energy Regulator will ensure that all applications by commercial and industrial users to produce electricity for own use above 1MW are processed within the prescribed 120 days. It should be noted that there is now no limit to installed capacity above 1MW.

§ We will open bid window 5 of the renewable energy IPP and work with producers to accelerate the completion of window 4 projects.

§ We will also put in place measures to enable municipalities in good financial standing to procure their own power from independent power producers.

Ramaphosa told the nation that the process to divide Eskom into three operations namely generation, transmission and distribution – has begun.

“Each of which will have its own board and management structures.”

South Africa’s state-owned enterprises (SOEs), including the Passenger Rail Agency of South Africa (Prasa) and South African Airways (SAA) are in the doldrums but Ramaphosa has an ace up his sleeve for them.

“This year, we are moving from the stabilisation of SOEs to repurposing these strategic companies to support growth and development.”

He attributed the failure of SOEs to “years of state capture, corruption and mismanagement”.

“The extent of capture, corruption and mismanagement in SOEs is best demonstrated at South Africans Airways, which was placed in business rescue late last year,” Ramaphosa said adding that the business rescue practitioners are expected to present their plans to turn the airline around in the next few weeks.

Transport is vital for any healthy economy and Ramphosa hopes to improve Prasa.

“A key priority this year is to fix commuter rail, which is vital to the economy and to the quality of life of our people. Our rail network daily transports over a million commuters to and from work. We are modernising Prasa’s rail network.”

The central line in the Western Cape and the Mabopane Line in Pretoria have been closed for essential refurbishment and upgrades, Ramaphosa said.

“We are investing R1.4 billion in each of these lines to provide, a safe, reliable and affordable service.”

South Africa has a high unemployment rate of 29.1% and more than half of this number comprises the youth, which sends a bleak economic signal.

“We are confronted by the crisis of youth unemployment. Of the 1.2 million young people who enter the labour market each year, approximately two-thirds remain outside of employment, education or training,” Ramaphosa noted.

“The solution to this crisis must be two-pronged. We must all create opportunities for youth employment and self-employment.”

The president assured South Africans that as from Thursday, the Presidential Youth Employment Intervention would be implemented. It has the following six priority actions over the next five years to reduce youth unemployment:

§ First, we are creating pathways for young people into the economy.

§ Second, we are fundamentally changing how we prepare young people for the future of work, providing shorter, more flexible courses in specific skills that employers in fast-growing sectors need.

§ Third, we are developing new and innovative ways to support youth entrepreneurship and self-employment.

§ Fourth, we are scaling up the Youth Employment Service and working with TVET colleges and the private sector to ensure that more learners receive practical experience in the workplace to complete their training.

§ Fifthly, we are establishing the first cohort of a Presidential Youth Service programme that will unlock the agency of young people and provide opportunities for them to earn an income while contributing to nation building.

§ Finally, we will lead a youth employment initiative which will be funded by setting aside 1% of the budget to deal with the high levels of youth unemployment.

As part of the intervention, Ramaphosa added, the National Youth Development Agency and the Department of Small Business Development will provide grant funding and business support to 1 000 young entrepreneurs in the next 100 days.

“[There is] a larger and more ambitious programme to assist 100,000 young entrepreneurs over the next three years to access business skills training, funding and market facilitation.”

The government is also building a favourable environment for conducting business.

“Working together with social partners, we have continued to address several issues that have been barriers to job creation.

“Water use licences, which are so essential to operations on farms, factories and mines, have previously taken an inordinately long time to process, sometimes up to 5 years,” said the first citizen.

“We are able to announce that water use licences are now issued within 90 days. It used to take months to have a company registered.Through the Bizportal platform one can now register a company in one day, register for UIF and Sars and even open a bank account.”

The government, Ramaphosa explained, has completed the Poultry Master Plan to support chicken farmers and processors and save 54 000 jobs while creating new jobs.

“The industry is now focused on growth, greater production and more investment… We will within two weeks set a new poultry import tariff adjustment to support the local industry.”

The government has also developed a plan with farmers and industrial users to save jobs in the sugar industry and will finalise a sugar master plan within the next six weeks.

“Expect a new steel master plan to be finalised in the coming six months.”

South Africa has been riddled with a prevalence of gender-based violence cases where, in the most severe of scenarios, women have died at the hands of their boyfriends or spouses. Such violence prompted activist movements, national debate and a national address from Ramaphosa.

The president said the Domestic Violence Act would be amended “to better protect victims in violent domestic relationships”.

He added that the Sexual Offences Act was to broaden the categories of sex offenders whose names must be included in the National Register for Sex Offenders.

“We will pass a law to tighten bail and sentencing condition in cases that involve gender-based violence.”

Gender-based violence can at times coexist with economic abuse where women suffer financially owing to the dependence on the men in their lives.

Ramaphosa is introducing a platform for women to start-up businesses for independence.

“We are introducing the SheTradesZA platform to assist women-owned businesses to participate in global value chains and markets.

“Over the next five years, the Industrial Development Corporation is targeting R10 billion of own and partner funding for women empowered businesses.”

The African continent has a bright economic future and Ramaphosa shared the details, telling South Africans that the African Continental Free Trade Area will come into effect in 2020.

“This is our moment, as the people of the continent, to give effect to the dreams of the founding fathers of African unity.

“South Africa will host an Extraordinary AU Summit in May this year to finalise the modalities of the Free Trade Agreement before its implementation on 1 July 2020.”

He added that the rules that define what is a Made in Africa product would be defined.

“The tariff lines that will be reduced to zero over the next five years, and the services sectors that will be opened up across the continent.”

South Africa is heralding a shift in focus towards more vocational and technical education.

Ramaphosa said: “Various technical vocational specialisations have already been introduced in 550 schools and 67 schools are now piloting the occupational stream.

“We are building nine new TVET college campuses this year, in Sterkspruit, Aliwal North, Graaff Reinet and Ngungqushe in the Eastern Cape, and in Umzimkhulu, Greytown, Msinga, Nongoma and Kwagqikazi in KwaZulu-Natal.”

Through bilateral agreements with other countries, he added, South Africa is building a cohort of young people to go overseas to acquire critical skills.

Ramaphosa reminded citizens that “the process of distributing these tablets is underway. We said that every 10-year-old needs to be able to read for meaning”.

“Our early reading programmes are gathering momentum. This year, we will be introducing coding and robotics in grades R to 3 in 200 schools, with a plan to implement it fully by 2022.”

A milestone for the City of Ekurhuleni is the government’s decision to establish a new University of Science and Innovation.

“This will enable young people in that metro to be trained in high-impact and cutting-edge technological innovation for current and future industries,” Ramaphosa explained.

Agriculture is an industry with growth potential and land is a crucial element in this sector.

“Government stands ready – following the completion of the Parliamentary process to amend section 25 of the Constitution – to table an Expropriation Bill that outlines the circumstances under which expropriation of land without compensation would be permissible.

This after the government implemented key recommendations of the Presidential Advisory Panel on Land Reform and Agriculture to accelerate land redistribution, expand agricultural production and transform the industry.

“We are prioritising youth, women, people with disabilities and those who have been farming on communal land and are ready to expand their operations for training and allocation of land,” he added.