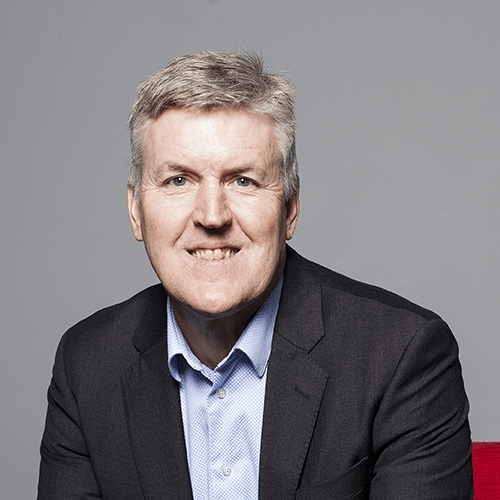 Everyone loves an underdog, but it’s important not to be caught up in the romance. As FM’s business newsmaker of the year, EOH’s Stephen van Coller has done a terrific job of executing the first phase of EOH’s turnaround.

It speaks volumes that 20% of his performance KPIs was weighted towards "EOH remains a going concern at July 31 2020". EOH was taken to the brink by its corrupt past.

In September 2018, Van Coller walked into a group with 272 legal entities and around a fifth of revenue earned from public sector clients. In SA, that’s a recipe for disaster unless controls are in place.

Key executives were appointed a few months after Van Coller joined. The group cannot walk away
from public sector business but can manage it properly.

Perhaps Van Coller giving evidence at the Zondo Commission marked the end of phase 1 of the turnaround. Of 54 legacy public sector contracts, eight negatively affected financial performance and five were settled. Now investors can focus on the financial prospects rather than whether it will survive. But it’s not a slam-dunk EOH will emerge as a butterfly, though there is an attractive short-term value unlock.

Inheriting debt of R4.5bn in 2018, Van Coller had to raise money to keep the wolves from the door. By December 1 2020, 81 companies had been sold, raising R1.4bn. That has kept the business alive, but the deleverage plan with lenders must be completed by Q3 2021. R2.5bn of gross debt was recognised as a current liability in the July 2020 balance sheet, more than the group market cap of R1.5bn.

The only way out is to sell the golden goose IP pillar. With strong margins, this contributes normalised ebitda of R319m. Of the R1.3bn in net assets identified as held for sale, R1bn was in this business. After balance sheet date, Syntell (part of the IP pillar) was sold for R211m, but we don’t know what ebitda multiple was achieved. That would help to show the market value of the rest of the division.

In a pre-close update on January 29, the company confirmed a cash balance of about R590m and R2bn of gross debt. Banks would be happy to refinance a portion of this based on appropriate coverage ratios and debt covenants, so EOH doesn’t need to solve the entire R2bn problem.

When EOH’s disposal process is complete, what is left to get excited about? What might Van Coller and his team deliver in a growth phase when they aren’t focused on putting out fires? How will they achieve the ebitda margin ambition of 10% at group level?

The core ICT business, which contributes 66% of normalised ebitda, is the growth engine. The margins are starting to come right.

The rest of the group will operate in business process outsourcing and intelligent infrastructure solutions. With a normalised ebitda margin of just 2.5%, the margins are thin. The IP division to be sold was generating a normalised margin of 26.4%, so desperate steps are needed.

EOH discloses R932m normalised ebitda from continuing operations, but R105m of nonsustainable savings from Covid-19, so that takes us down to R827m. The R827m assumes R496m worth of losses are removed through closing businesses. That will take time, but assume it happens immediately and the number really is R827m. The IP division contributed R319m and will be sold, so EOH is actually a R508m sustainable ebitda business.

So if the asset sales plus net cash will take care of the R2bn debt, the current market cap of R1.5bn suggests an EV/ebitda of around 3. Many private companies in SA trade on 5 to 7, so it’s reasonable to expect a value unlock here so the share price could double. Once the unlock is achieved, the next phase starts. Will Van Coller be able to pull that off too? 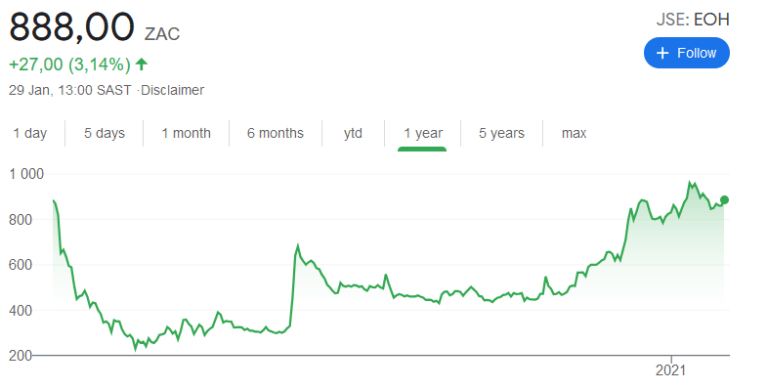 This article was written by an EOH shareholder and first appeared in BusinessLive on 25 February 2021.