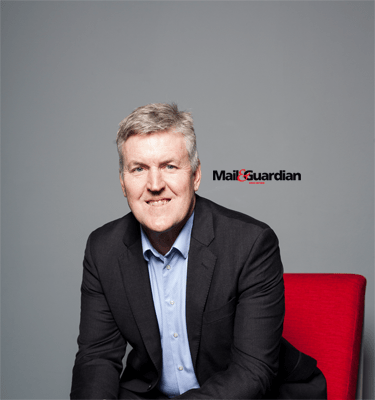 The JSE-listed technology service company EOH is turning the tide of its tarnished history, which was tainted by corruption and a significant debt spiral.

On Wednesday, the group announced its annual financial results for the year ending July. The company has brought its gross debt down significantly. It paid R291-million in capital for the current year and a further R409-million post-year end.

This will leave the company with a debt balance of R2-billion, down from the R4-billion the company’s new management team inherited at the start of 2018 financial year.

"EOH is a story of continued improvement in that 2020 is much better than 2019 and H2 [second half] is better than H1 [first half] for 2020," said the group chief executive, Stephen van Coller.

“Since embarking on its turnaround strategy EOH, in my view, has made great progress towards building a sustainable organisation while navigating these negative effects of issues inherited from previous management as well as the negative impacts of Covid-19.”

Since taking over as group leader in September 2018, Van Coller and his team have focused on cleaning up the business from a governance and financial perspective.

This is a milestone for a company that has been rocked up by allegations of corruption and bribery for several years.

In 2019, Microsoft terminated its licensing agreement with EOH after a tip-off to the United States Securities and Exchange Commission about alleged wrongdoing regarding a software procurement deal between EOH and the South African National Defence Force and the department of water and sanitation.

Last month, the company testified at the Zondo commission of inquiry into state capture and provided evidence of irregular money flows at EOH, which was unearthed by law firm ENSafrica.

The forensic investigation, which was commissioned by the board of the company in 2019, identified R1.2-billion in suspicious contracts. It also found severe governance failings, tender irregularities, unsubstantiated payments among other unethical business dealings at the company.

The company gave information relating to the questionable and unethical business practices dating back to 2014, which were brought to light by the ENSafrica’s report.

At the commission, Van Coller said the investigation found that payments were made to subcontractors in circumstances where there was no evidence that the subcontractors did the work.

"At the time, these payments totalled R1.2-billion, including VAT, and on further investigation, it is currently suspected the potential irregular payments stand at approximately R865-million," he said.

Also in November, ENSafrica's director, Stephen Powell, testified at the commission that Geoff Makhubo received money from EOH to his Molelwane Consulting company when he was City of Johannesburg’s member of the mayoral committee for finance. He is now the mayor.

Molelwane has denied any wrongdoing.

Powell further revealed that other payments were made by Jehan Mackay when he was EOH’s executive director to ANC officials, including Zizi Kodwa, Siyabulela Sintwa and Reggie Nkabinde.

According to the company’s financial statements, five of the eight problematic public sector contracts had been settled, with one currently in arbitration, one in final negotiations and third deal concluding at the end of  April 2021.

A total loss of R323-million in the current financial year was recorded as a result of these legacy contracts. In the first half of the year, the loss was R188-million and R279-million in 2019.

The company said these contracts do not qualify as discontinued for reporting purposes because they relate to specific contracts and not a division or definable area of business.

A settlement has also been reached with the Special Investigating Unit post-year end in respect of disclosures reported in May 2019 for two of the three identified contracts where overbilling of licence occurred.

"EOH will repay R42-million over 36 months as reimbursement for overcharging the department of defence and is in the process of finalising a similar arrangement with regard to the third and final contract.

"These costs have been fully provided for in the FY2019 and FY2020 accounts", according to the company's annual financial results.

This article was first published by Mail and Guardian on 07 December 2020.